Just two short months after the infamous Mini-Budget delivered with ebullience and (it emerged) wholly unwarranted confidence, we've had an Autumn Statement delivered in more sombre tones.  It was an altogether chillier experience.  That's no coincidence, because everything's been frozen - Winter, in this case, could last until 2028. So bring in the harvest, turn the thermostat down (we're not made of money) and put on all your jumpers, as we examine the tax announcements from today.

High earners will incur one of the more visible tax increases, as the threshold at which the additional rate of tax kicks in is reduced from £150,000 to £125,140 from April 2023.  This means that a substantially greater pool of people will find themselves with a marginal tax rate of 45%, particularly with wage inflation factored in.

Perhaps the Chancellor could have taken this opportunity to revisit rates and thresholds more thoroughly, and abolish the effective 60% tax rate introduced by Alistair Darling which operates between £100,000 and £125,140.  It's only one of many similar anomalies in the British tax system,  and judging by today it remains as politically invaluable (while being as rationally indefensible) as ever.

After resisting the idea of windfall taxes, the Government has decided that they are not such a bad idea at all actually, and so two major announcements were made:

The new Chancellor expressed his commitment to the cuts to residential SDLT brought in by his esteemed predecessor, to facilitate liquidity in the housing market.  However the cuts are now going to be time limited.  After 31 March 2025 the Government will - and I quote - "...sunset the measure...". How poetic. Perhaps a focus group told him that people prefer sunsets, on the whole, to SDLT increases.

The annual investment allowance which boosts deductibility of certain capital expenditure (and especially benefits SMEs) will remain at £1m on a permanent basis.  This is one of the few announcements from the September Mini Budget to survive the knife, and is welcome for the long-term certainty it brings.

Business rates are a source of concern for a lot of struggling businesses, and there were some glimmers of hope here.  While there is going to a be a revaluation of properties in 2023, there will be relief for lots of businesses to ease the transition (which should benefit lots of smaller businesses as well as those in the retail, hospitality and leisure sectors).  You can read more about those from Emma McGrory here.

Potential reshaping of the Research & Development tax credit regime has been on the cards for a while. Some have expressed the view that HMRC have been far too liberal in allowing SME claims, creating a whole industry in claiming for research and development expenditure which is of questionable innovative value.  The announcements today have laid the groundwork for future reshaping by making the SME regime less generous (reducing the extra deductions from 130% to 86%, and the rate of payable credits from 14.5% to 10%), and the RDEC regime principally aimed at larger companies more generous (increasing credit rates from 13% to 20%), all with effect from April 2023.  We are told that this is intended to set up future reforms which will see the two regimes harmonised into something more like the RDEC regime.  For now though, only the rate changes have been announced, the underlying rules remain the same.

The 'investment zone' idea of September 2023 is also getting a new wind, but this time it will be focused on areas of high-potential innovation.  Details of the proposed localised incentives are scant at this stage, and something that the Government hopes to be able to talk more about in the new year.

As electric vehicles are increasingly the norm, the Government plans to reduce some of the tax differences between them and their fossil-fuel-fed forefathers.  For example, new zero-emission cars registered after 1 April 2025 will enjoy one year on the lowest rate of vehicle excise duty before being moved to the standard rate.

Sometimes a decision not to do something is as important as a decision to do it.  Having consulted on the possibility of introducing a specific Online Sales Tax (to try - in some way - to rebalance bricks and mortar retail with online shopping) the Government has decided it carried too many risks of unintended distortions, and has dumped the idea.

The VAT registration threshold has been frozen.  Of course.

And finally, to ease pressure on a whole variety of industries (from bike manufacturers to food producers) import tariffs on a basket of 100 assorted goods will be suspended for two years.  Bon appétit.

(In what is fast becoming a habit, credit for the accompanying image goes to Dall-E from https://labs.openai.com/) 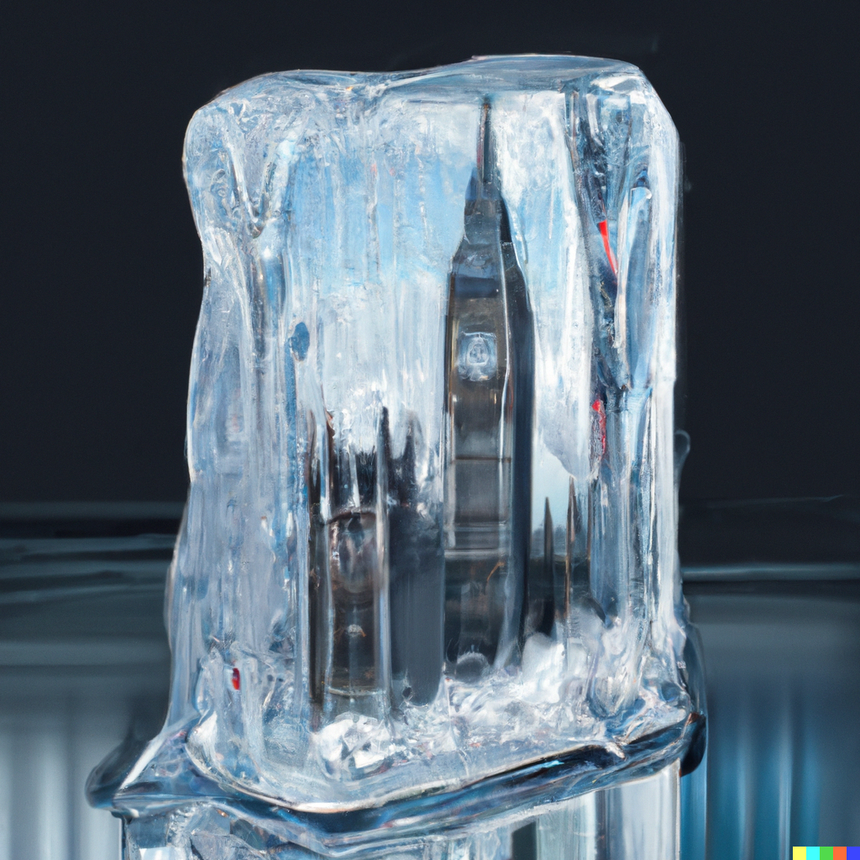