"A step backwards, after making a wrong turn, is a step in the right direction." - Kurt Vonnegut

After a series of piecemeal, begrudging reversals following the notorious 'mini-Budget' of less than a month ago, pretty much the whole of former Chancellor Kwarteng's 'plan for growth' has been binned.  Extremely humiliating for the government as a whole, but new Chancellor Jeremy Hunt looks positively delighted at the opportunity to play the serious statesman.

I'll keep this short because all of the changes I wrote about in September have been torn up aside from two which have been kept:

Both of these were already implemented (or well on their way to implementation) so they stay.  Everything else is gone.  Probably the most significant announcement was that the extremely wide energy price support measures which had been announced will now be reviewed and (in all likelihood) scaled back from April onwards.

Notable among the items which have now been junked is the IR35 announcement.  For those keeping track:

2021: These changes to IR35 are necessary reforms to ensure proper tax collection

September 2022: Our mistake, they are an intolerable regulatory burden on business. In the bin!

October 2022: No, sorry, we were right the first time, they are necessary to ensure proper tax collection. Would you mind passing that bin here?

[Correction: in the fast-paced world of British politics, some things get overlooked.  So while the Chancellor's statement in the morning indicated the wide reversal described above, it has subsequently been clarified that (1) the CSOP limit increase, (2) the permanence of the Annual Investment Allowance, and (3) the increase in SEIS limits will in fact be retained.  This is good news as these make the relevant reliefs more certain and more viable for business]

(Credit for the image once again goes to the AI tool "Dall-E" from Open AI. If you're wondering, I gave it the prompt: "Black shoes stepping backwards through piles of money, colourful digital painting")

The government will reverse almost all the tax cuts it announced last month, Chancellor Jeremy Hunt has said. 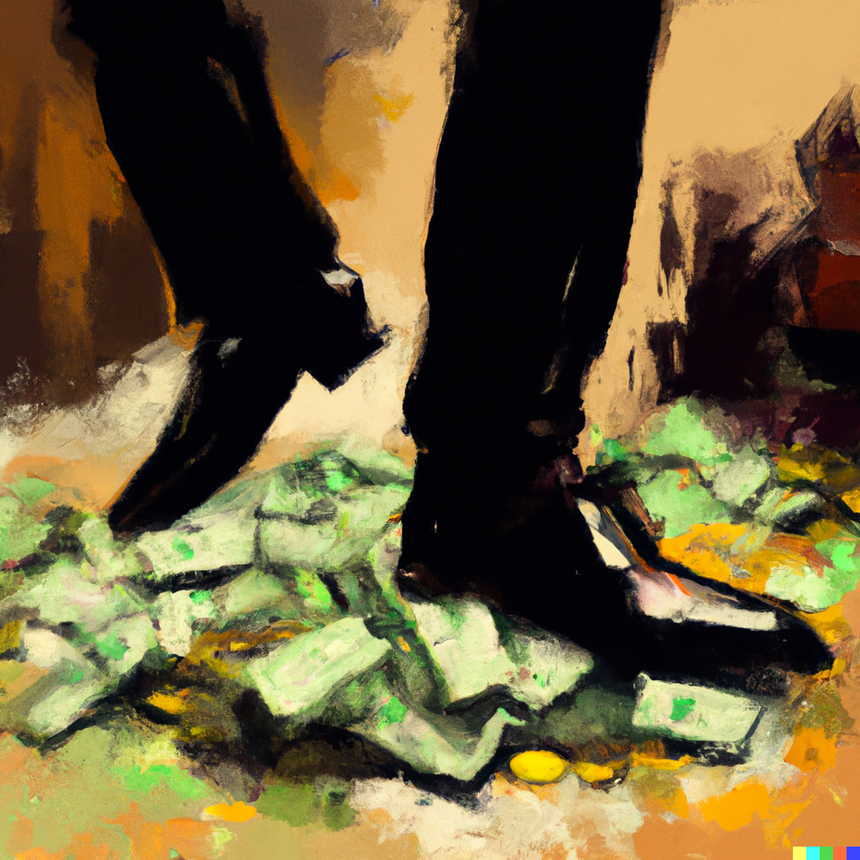